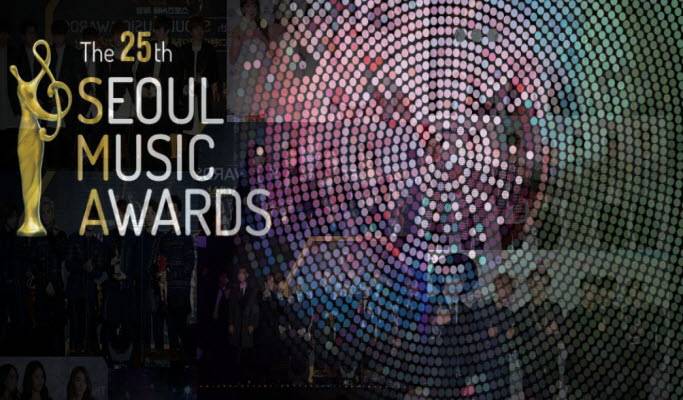 We kick off the year with the 25th Seoul Music Awards which were held at the Olympics Gymnastics Arena in Seoul Olympic Park on the 14th of January (shout out to EXO’s Kai who celebrated his birthday on this day). The awards were hosted by MC Jun Hyun Moo, actress Honey Lee (Tazza 2) and EXID‘s Hani. The unstoppable EXO took home the biggest award of the night, the Daesang (Grand Prize) for the third year running marking them as the first artists to win the award for more than two consecutive years. The group also won the most awards for the night, taking home a Bonsang Award as well the Hallyu Special Award. The event was not without it’s hiccups though with Song of the Year winners Big Bang absent from the event despite not having an actual group schedule for that night, another notable absence for the night was JYJ‘s Junsu whom won the Popularity Award (which was based solely on fan votes online) according to the producers they had decided not to present the award during the live show to save time for other “major” awards hence Junsu’s absence however the announcement was met with outrage by fans who accused organisers of not sending him an invite. Jun Hyun Moo who was one of the co-hosts for the night also came under some fire for his comments about his fellow co-hosts love lives. Singer Ailee also got in a bit of hot water when she was shown playing on her phone during SHINee‘s performance, the artist later took to social media to explain herself saying that she had been downloading an app that allowed her to show a message on her screen so that she could hold it up in support of SHINee, she was later seen using the app to support BoA and EXO during their performances.  END_OF_DOCUMENT_TOKEN_TO_BE_REPLACED